We’ve compiled this list of thirty amazing resources for Sass. In it you’ll find all kinds of goodies built on and for Sass: frameworks, plugins, apps and a lot more.

Sass is an extension of CSS3 which adds nested rules, variables, mixins, selector inheritance, and more. Sass generates well formatted CSS and makes your stylesheets easier to organize and maintain. 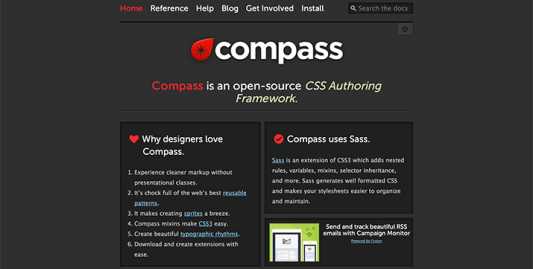 A simple and lightweight mixin library for Sass. After Compass, it’s definitely one of the better Sass mixin libraries that we’ve found.

Bootstrap-sass is an Sass-powered version of Twitter's Bootstrap, ready to drop right into your Sass powered applications.

Animate.sass is a Sass and Compass CSS animation library for WebKit, Firefox and beyond based on the work being done by Dan Eden in Animate.css. The core of Animate.sass, despite being named "dot sass", is written in SCSS.

Forge is a free command-line toolkit for bootstrapping and developing WordPress themes in a tidy environment using front-end languages like Sass, LESS, and CoffeeScript.

Skeleton-SASS is a one-to-one translation of the classes in Skeleton's grid framework, but remixed as SASS mixins. Instead of giving a div a class of six columns, inside your own CSS specifying the div you'd simply include the mixin +columns(6).

The other big advantage of Skeleton-SASS is that the actual grid widths are only calculated at compile-time. This means that your page width, number of columns, and margin sizes are all easily tweakable if you want to mix things up —- say, switch from a 16-column grid to a 24-column, or bump everything up to 1024px instead of 960px.

Susy is based on Natalie Downe's CSS Systems, made possible by Sass, and made easy with Compass. You can use it anywhere, from static sites to Django, Rails, Wordpress and more. 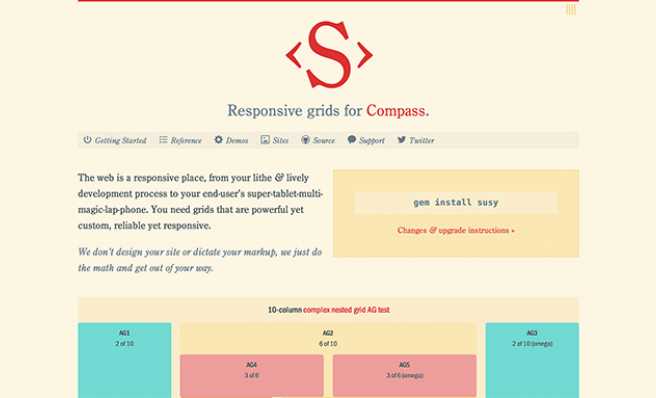 Gravity is a SASS based framework for making powerful, easily maintainable HTML5 websites. It helps you rapidly prototype your ideas and will generally make your life much easier.

Frameless is as a suggestion for a new way to structure your grids. Frameless isn’t completely Sass focused, but there is a Sass template to get you started.

Writing your layout in Sass with Zen Grids is easy. With the verboseness of properties and values like margin, padding, floats, and clears, CSS actually gets in the way of figuring out how to layout our content. 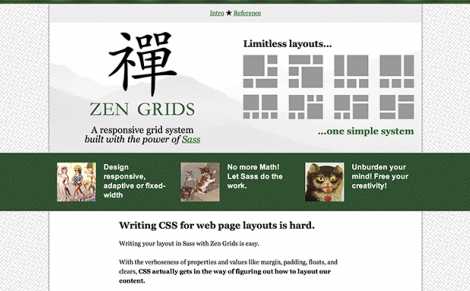 Blankwork allows you to have a wrapper, container and columns at the moment.

320 and Up is a responsive, mobile first boilerplate with both LESS and Sass versions. 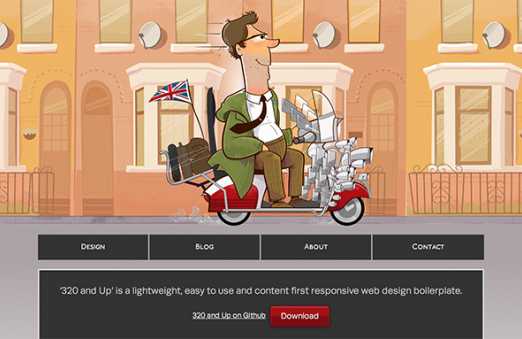 Gridset is a tool for making grids, designed and built by the team at Mark Boulton Design.

A collection of CSS3 buttons that use the simplest possible markup. They look best in WebKit-based browsers, almost as good in Firefox, with all other browsers falling back to a less-styled button.

Sassy buttons is a compass extension so, naturally, you must have compass installed to use it. It helps you create incredibly customizable and super attractive buttons.

Scout is a cross-platform app that delivers the power of Sass & Compass into the hands of web designers. Scout helps make your CSS workflow a snap by delivering more control, optimization, and organization. No developer required.

CodeKit helps you build websites faster and better. Its flagship features are listed below and the one-minute teaser video to the right is a good place to start.

LiveReload monitors changes in the file system. As soon as you save a file, it is preprocessed as needed, and the browser is refreshed. Even cooler, when you change a CSS file or an image, the browser is updated instantly without reloading the page.

Hammer is a web development tool for web designers & developers Build out static HTML sites & templates quickly and easily. No fuss, no mess, no PHP. Hammer watches your Project Folder & automatically compiles a static build, every time you make a change Built-in support for SASS (with Bourbon), CoffeeScript, HAML & Markdown, as well as special Hammer tags. 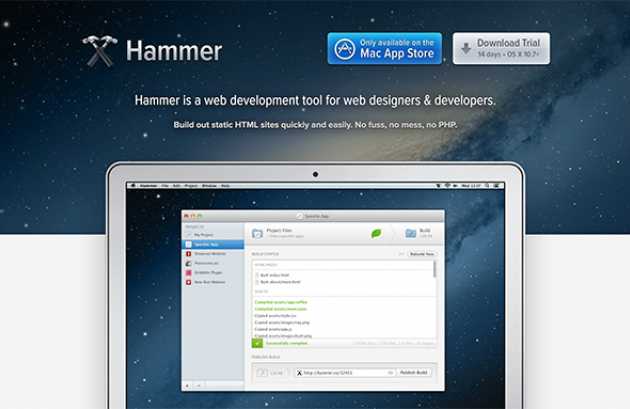 A plugin for Sublime Text users. You can just turn to the package manager in ST2 for a Sass plugin as well.

This is a Sass plug-in for Panic's Coda. This plug-in converts scss files into css files. You can set it up to automatically convert on save. By default you must manually process scss files via the Coda Plug-ins menu. You can also specify where the css files should be saved. By default they are saved next to the scss files.

A JavaScript implementation of Sass, perfect for Node users.

Breakpoint makes writing media queries in Sass super simple. Create a variable using a simplified syntax based on most commonly used media queries, then call it using the breakpoint mixin. Breakpoint handles all of the heavy lifting, from writing the media query itself, to handling cross-browser compatibility issues, so you can focus on what's important: making sure your website looks its best.

MVCSS it's a sort of suggested method for writing CSS and Sass. It’s similar in concept to SMACSS and OOCSS.

30. Normalize.css (With Sass or Compass)

This project is the Sass/Compass port of normalize.css. It aims to use the best partials from Compass to make normalize even easier to integrate with your website.

Layouts with Bootstrap 4: how to create a responsive web 2

Here we are with the second part of the guide: Layouts With Bootstrap 4   Horizontal alignment   To align the columns horizontally we can use justify-content-value classes, which use the justify-content property of…

Layouts with Bootstrap 4: how to create a responsive web

Responsive or adaptable web design is a design methodology in which the appearance of the web page adapts to the resolution of the device with which it is being viewed,…

Ah, a new year. A time of positivity, a time to restart. For new objectives and proposals. And in the world of developers, to look at the scenery and decide…

The Meaning of Colors in web Design. A little bit of psychology

Color psychology is one of the most talked about and interesting parts of psychology. The idea that some colors evoke feelings and emotions. In fact, this color helps buy the…

Enjoy our Guides series for for Front-end Developers and don’t forget to let us know in the comments of any others that we haven’t yet included. 1. Can I animate…? Can I…

Web design in order to succeed needs two things: innovation and imitation. Unfortunately, the last one often wins. Web designers love to learn, study and use the latest trends, and then…

Today we inagurate our monthly design news post in which we will share our favorite design related articles, resources and freebies of the month. Free Icons & Templates Freebie: 100 Google Material Icons…