Finally a new generation protocol with a lot of new features 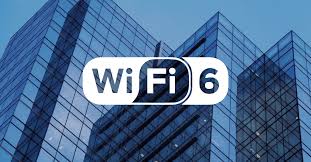 In the second quarter of 2019, Wi-Fi Alliance decided to release the new version of Wi-Fi protocol, innovative already from the name. In fact, if the previous standards had incomprehensible names like IEEE 802.11a, IEEE802.11n and so on, the new protocol is called Wi-Fi 6.

This standard introduces some new features. Let's find out more.

With every new version of the protocol, the theorical maximum speed increases and this is true also for Wi-Fi 6. The maximum speed is about 9,6Gbps (about three times higher than IEEE 802.11ac).

Practically, we will never see this high speed, since the geographic distance from the devices, interferences that become unavoidable significantly reduce performance.

Checking on the download speed, no difference will be noticed comparing to the previous version. In fact, speed is not the best feature of Wi-Fi 6.

A great weakness of the previous versions was the management of a high number of devices. Symptom of this fact is that, at the time when you were going to connect multiple devices to the network, the performance decreased significantly. Until the devices were few, this has never been a problem.

With the increase of devices connected to the Internet, having a protocol that allows to manage a higher number of devices is essential. Let's think about a home, where 4 people leave. Everyone could have a smartphone and maybe a laptop. There could be two smart-tv and a couple of TV-box. If we imagine that a video surveillance system and other devices like tablets, the number of devices increases out of proportion.

Wi-Fi 6 can manage a lot of devices thanks to two technologies:

So, Wi-Fi 6 won't let us download faster a film from our NAS, but it will allows us to watch more than one film at a time.

Last but not least, security sector.

Noteworthy is the introduction of WPA3. It is very interesting because it simplifies the authentication procedure that was very complex until the previous version and above all it uses the individual encryption for each communication. The protection from the brute force attacks has been increased.

Despite all of these improvements,  the protocol can still be improved even if it is decidedly better than the previous one.

A little defect is that the presence of WPA3 isn't compulsory, since some devices could not prop up it.

We will have to buy new devices, since the new versions of new protocol are realeased only with the new hardware. Must be precised that, even if we buy a smartphone with Wi-Fi 6 compatibility but the router has no compatibility with the standard, we will carry on using IEEE802.11ac.

If one one hand Wi-Fi 6 promises remarkable improvements, on the other hand it isn't necessary to hurry to go and buy new devices that support the new standard, mostly because in the common use of the Internet, we won't notice any difference. If the perspective is that of home automation or massive file-sharing buying new devices could help, in terms of bandwidth optimization and security.

Dealing with the economic side,buying new devices could be good if we are renovating our home and then we have to buy the new equipment or if we need to trash our old router.If we have got a relatively new router and needs of "average user", change devices could not be convenient.

If Wi-Fi 6 is a top or a flop, we'll see it over time and maybe, as with a lot of things, we'll understand with the release of the next version. Nowadays it seems to be a valid replacement to  IEEE 802.11ac

Today we are going to analyze a sorting algorithm that is not very efficient but often used in various fields. We are talking abou the Selection Sort. Let's have a look. Intuition The…

Today we are going to analyze one of the most used sorting algorithms: the Merge Sort. It is part of the Divide and Conquer family, just like the  Quick Sort. Merge Sort offers a better performance…

Future of Artificial Intelligence for Startups

With how far-reaching the scope of Artificial Intelligence (AI) is, it is bound to make an enormous impact in the lives of people — the realm of startups is no…

Anyone with even a minimum experience of programming, should have realized that the majority of the problems have common elements. In fact we often find problems with the same pattern…

The 'deep web' is an Internet space where the content that does not appear in conventional search engines is hosted, due to various factors that do not have to respond…

How Technology has Improved the Way We Do Business

There’s no question that technological advancements are a positive change for many industries, as they contribute to growth and innovation. New hardware and software have completely redefined some industries, and…

For many years, those born in the Baby Boomers generation have been held most of the top-level positions of several business firms across the world and lead the respective organizations…