The Rise and Fall of Business-Related Voip Platforms


Voice over Internet protocol (VoIP) was at one time ubiquitous within the office environment. It had been employed to make crystal-clear digital phone calls, to send large packets of proprietary information and to hold webinars with attendees from around the world. However, we have recently seen a shift in regards to the presence of this amazing technology. Why is this the case and what can we expect to witness in the future?

The (Slow) Demise of VoIP?

One of the first questions that must be asked involves the sheer popularity of this type of communications. If voice over Internet protocol was so very popular, why are we seeing a decline in recent times? The answer to this quandary does not necessarily involve diminished technological capabilities or a lack of effective firewalls. In fact, the reality is more associated with the ways in which modern organisations are conducting their day-to-day business.

It is no secret that companies are attempting to cater to the needs of the technologically savvy generation. It has been shown that millennials will comprise a sizeable portion of the workforce. This is quite significant, for the entire concept of "business as usual" will soon change (if this shift has not already begun). How will this presence impact the role of traditional communications and what does it mean for static digital technologies? 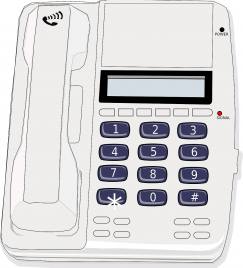 Mobile Computing and the Remote Edge

According to authoritative sources such as LinkedIn, there are more than 5,000 remote positions within the United Kingdom alone. In other words, a growing number of employees are now opting to work from their home or when travelling. This is actually nothing new, for the very dawn of the Internet began to usher in such changes. The main factor that is weighing upon today's market is that smartphones have revolutionised the ways in which we communicate with one another. 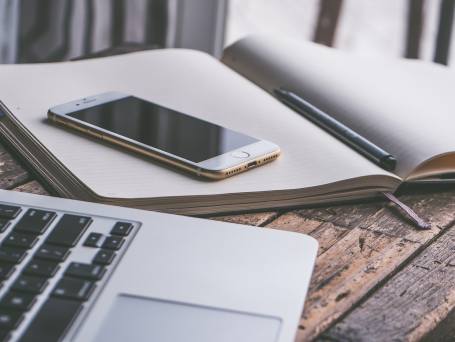 Modern devices boast a number of features which would have been thought of as fictional a mere five years ago. Dedicated work-related apps, SSL encryption, real-time video chat software and GPS tracking have all evolved to the point where many workers do not need to "clock in" at the office any more. Thus, the requirement for dedicated voice over Internet protocol systems has been vastly reduced.

It is no surprise that businesses have begun to embrace this trend. There are numerous fiscal advantages associated with working remotely. A handful of the most pronounced include:

The most important benefit involves overhead. In-house architecture, physical phone lines, billable man hours and even the cost of commuting to work all weigh heavily upon the modern business. If an organisation is able to offer remote technology to prospective employees, it is likely to attract a proactive audience. Of course, the ability to save thousands of pounds per year has not fallen upon deaf ears.

We have to take such a question with a grain of salt. Let's not fail to mention that past predictions are sometimes less than accurate. In the 1950s and 1960s, some scientists believed that the flying car would become a reality by the 1990s. More recently, a few statisticians claimed that the personal computer would experience an ignominious end at the hands of the laptop. Neither of these has come to pass and in truth, many VoIP platforms will likely remain in place for years to come.

Xiaomi's high-tech masks: they disinfect themselves and work with your mobile phone's facial recognition

At this point in the pandemic, we have all become experts on masks to deal with the coronavirus outbreak. There are masks that protect you, that protect others, that last a…

Future of Artificial Intelligence for Startups

With how far-reaching the scope of Artificial Intelligence (AI) is, it is bound to make an enormous impact in the lives of people — the realm of startups is no…

In the second quarter of 2019, Wi-Fi Alliance decided to release the new version of Wi-Fi protocol, innovative already from the name. In fact, if the previous standards had incomprehensible…

How Technology has Improved the Way We Do Business

There’s no question that technological advancements are a positive change for many industries, as they contribute to growth and innovation. New hardware and software have completely redefined some industries, and…

For many years, those born in the Baby Boomers generation have been held most of the top-level positions of several business firms across the world and lead the respective organizations…

How to Make the Most of Technology in Your Business

If you’ve decided not to make use of the available technology in your business, you’ll soon find yourself falling behind the competition. More and more businesses are using technology to…

How to Get the Most out of Digital Technology in Business

A newswire or a press release distribution service helps businesses in improving their online visibility and web presence. If you haven’t used it before, there are many things you need…

How to Become a Leader in The Field of Digital Technology

The future of web browsing

An article posted on Sidebar , underline the mind-blowing power of HTML5. Web developer / Mozilla evangelist David Walsh has grouped nine demos that use just native web technologies to show how much can…

Digital Woman of the Year Award

The 2013 Digital Woman of the Year™ Award is destined for a woman*, 18 years of age or older, who lives and/or works in Europe and distinguishes herself through leadership, creativity, entrepreneurship, social-focus and/or…

In order to serve mobile-optimized content, you need to detect which visitors are coming from mobile devices and which aren’t. Here we have list 8 method to detect mobile browsers so…