The programs listed below are the foundation of this blog. It’s Free & Open-Source Video Editing Software that does all the stuff the expensive commercial programs do. We’ll keep the links here updated, so you always know where to get them.

Also, with this basic list, we are focusing on well-developed programs that work on the major operating systems. 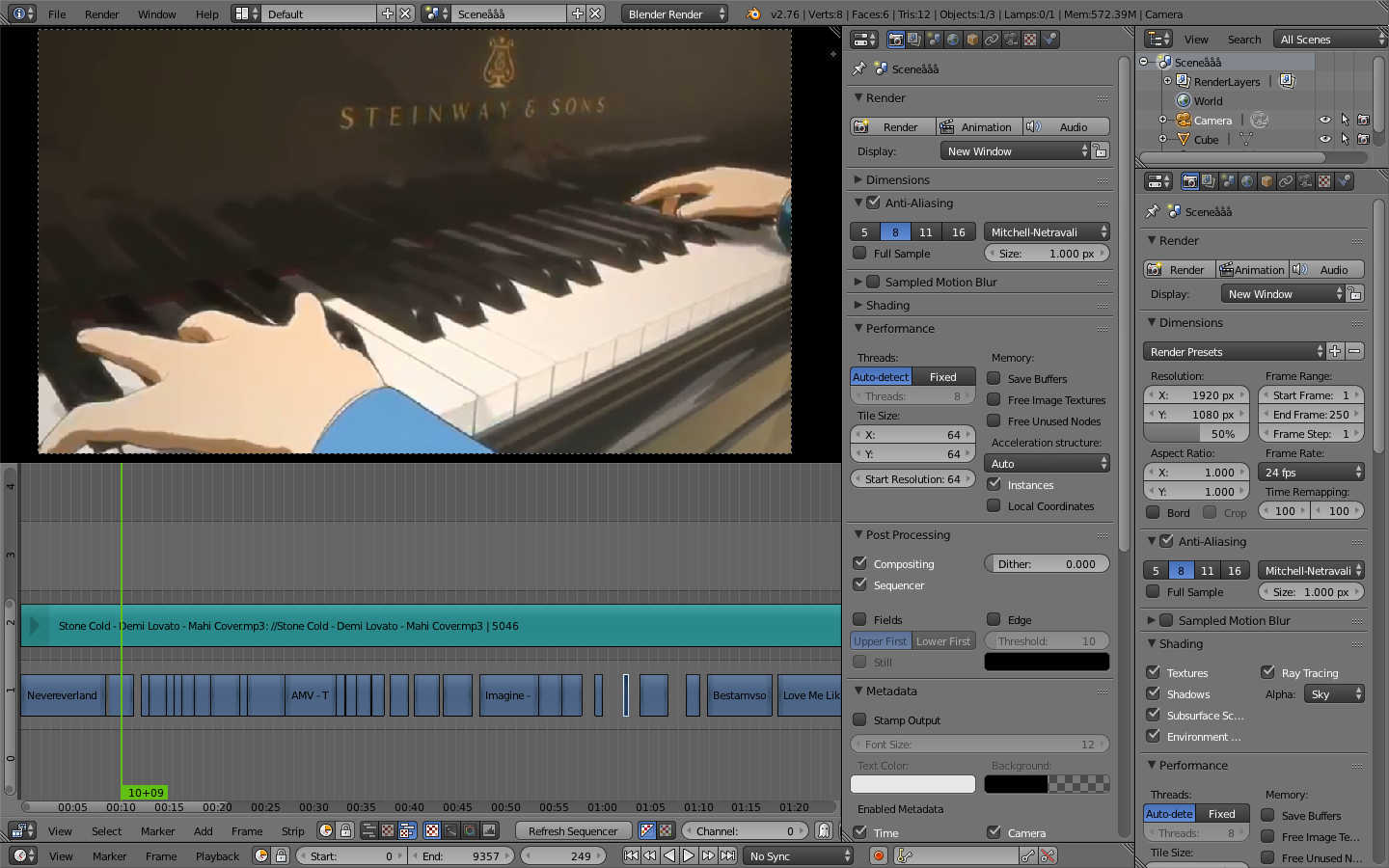 Blender is the free and open source 3D creation suite. It supports the entirety of the 3D pipeline—modeling, rigging, animation, simulation, rendering, compositing and motion tracking, even video editing and game creation.

Daily Blender Build – All the latest and greatest fixes and features, not guaranteed to be stable. Use at your own risk. 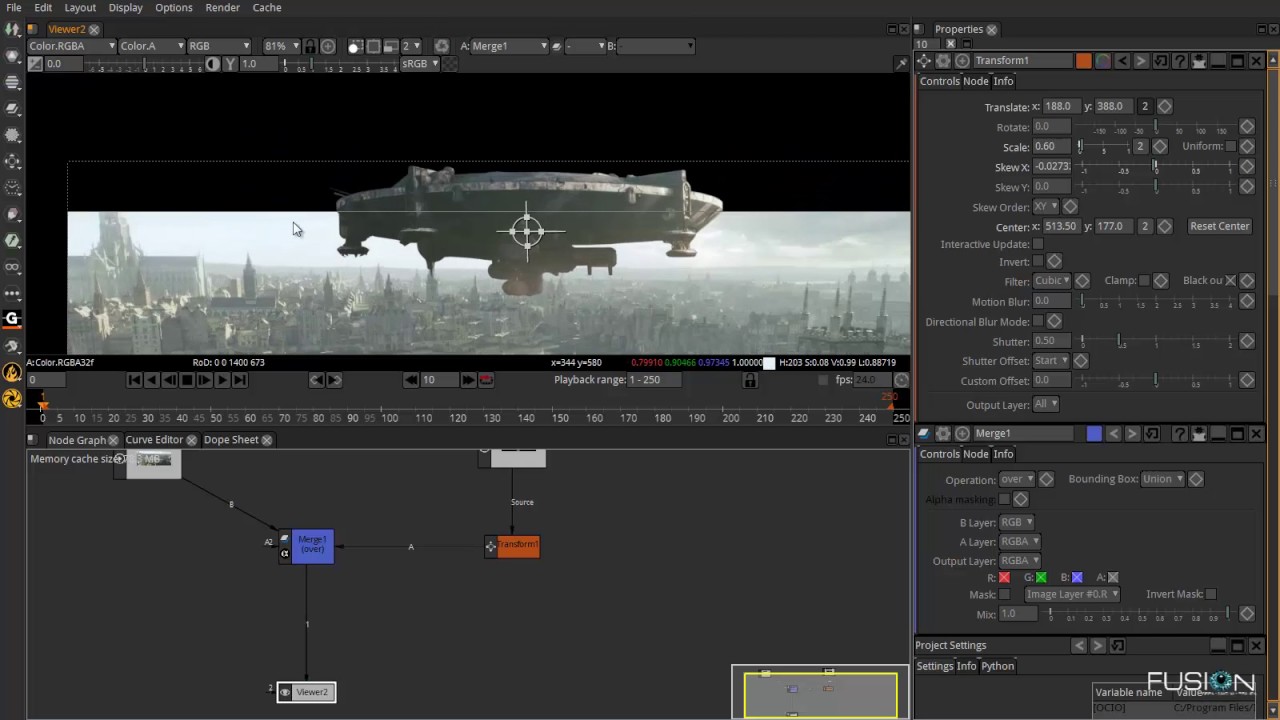 Natron is a free open-source, cross-platform compositing software, created as a tool for people who needed it and that may felt left-aside by the software editors pricing plans: students and schools that may not be able to buy expensive software licenses. Available for Windows, Linux and Mac, Natron offers an interface similar to Nuke. According to the creators of the program, it was chosen “so it is easy for artists to pick up Natron if they know how to use the industry standard.”
Daily Natron Build – Again, the latest and greatest, but may not be stable. Use at your own risk. 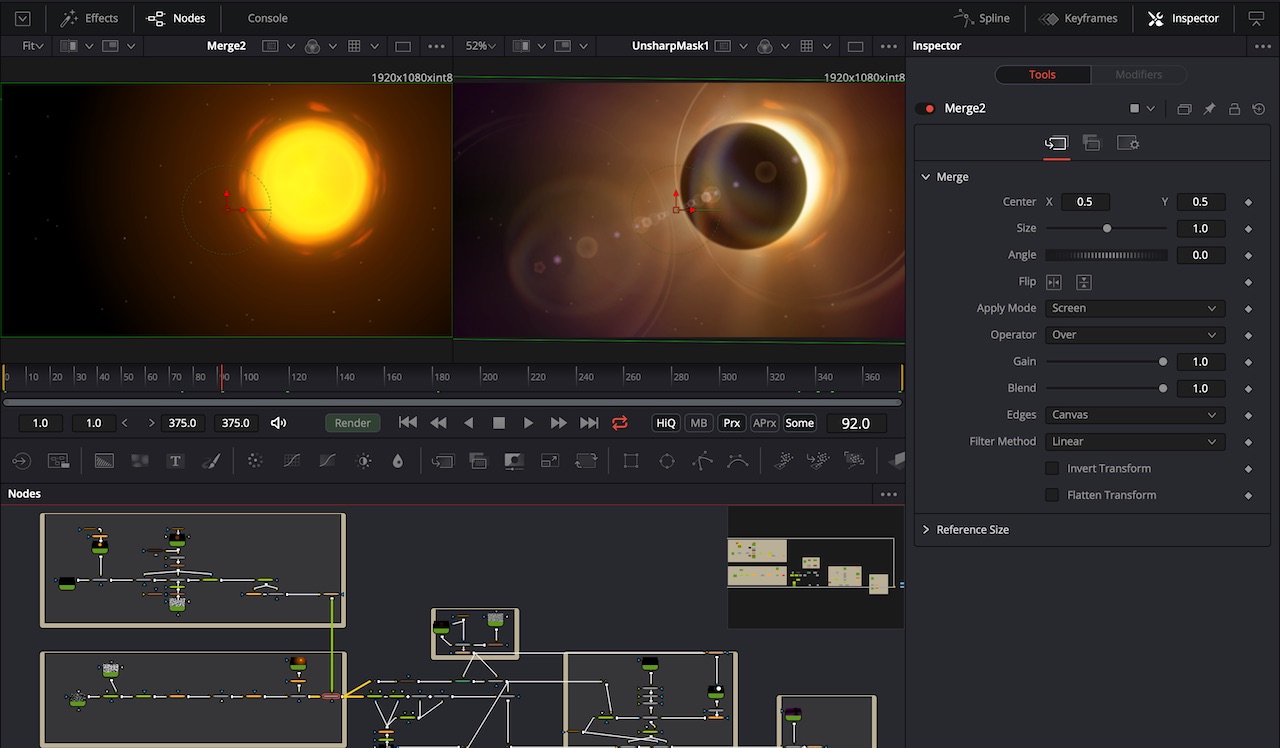 Available from BlackMagic Design, Fusion is, according to the company, “the world’s most advanced compositing software for visual effects artists, broadcast and motion graphic designers and 3D animators.” Developed over a period of 25 years, Fusion has been used on over 1000 major Hollywood blockbuster feature films! Fusion features an easy and powerful node based interface so you can construct complex effects simply by connecting various types of processing together. That’s super easy and extremely fast! You get a massive range of features and effects included, so you can create exciting broadcast graphics, television commercials, dramatic title sequences and even major feature film visual effects! 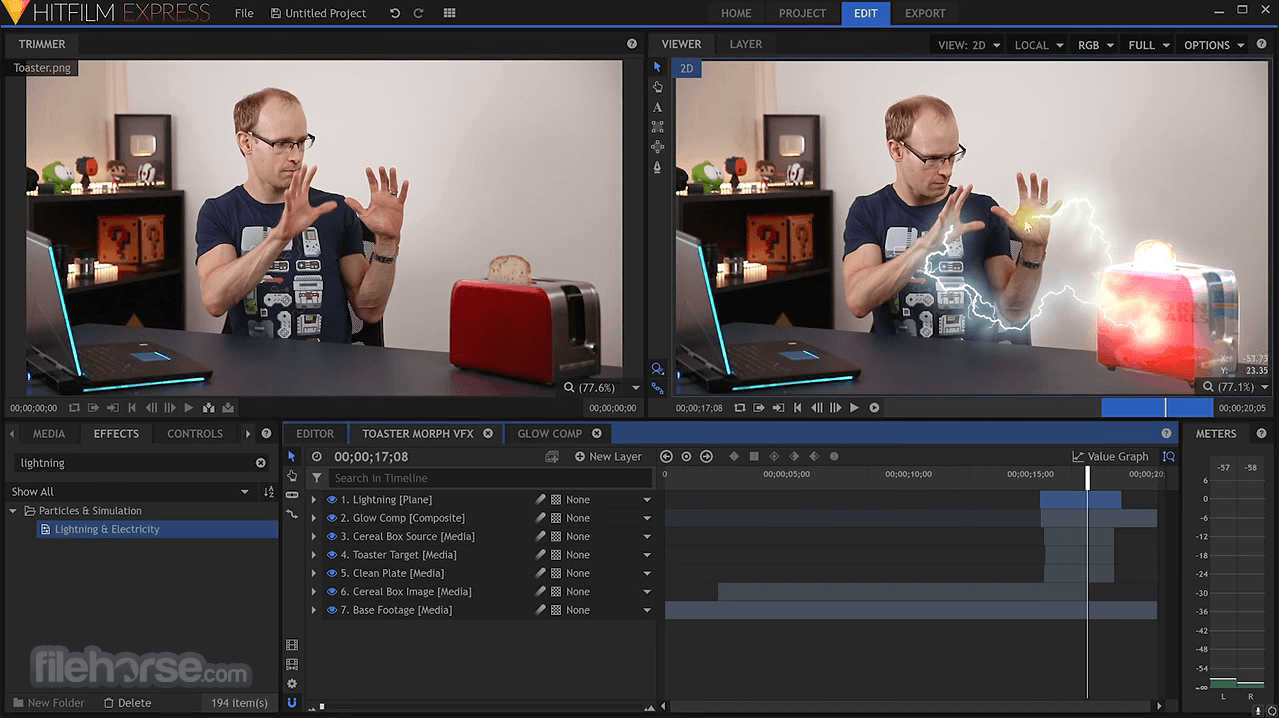 HitFilm Express is a free video editor and visual effects compositor. You can edit videos. You can create titles. You can design visual effects. All without spending any money. And when you’re ready for more power, you’ve got super-flexible upgrade options. HitFilm 3 Express is a good example of one of a new generation of tools that appeals to a generation born watching YouTube and Vimeo videos. 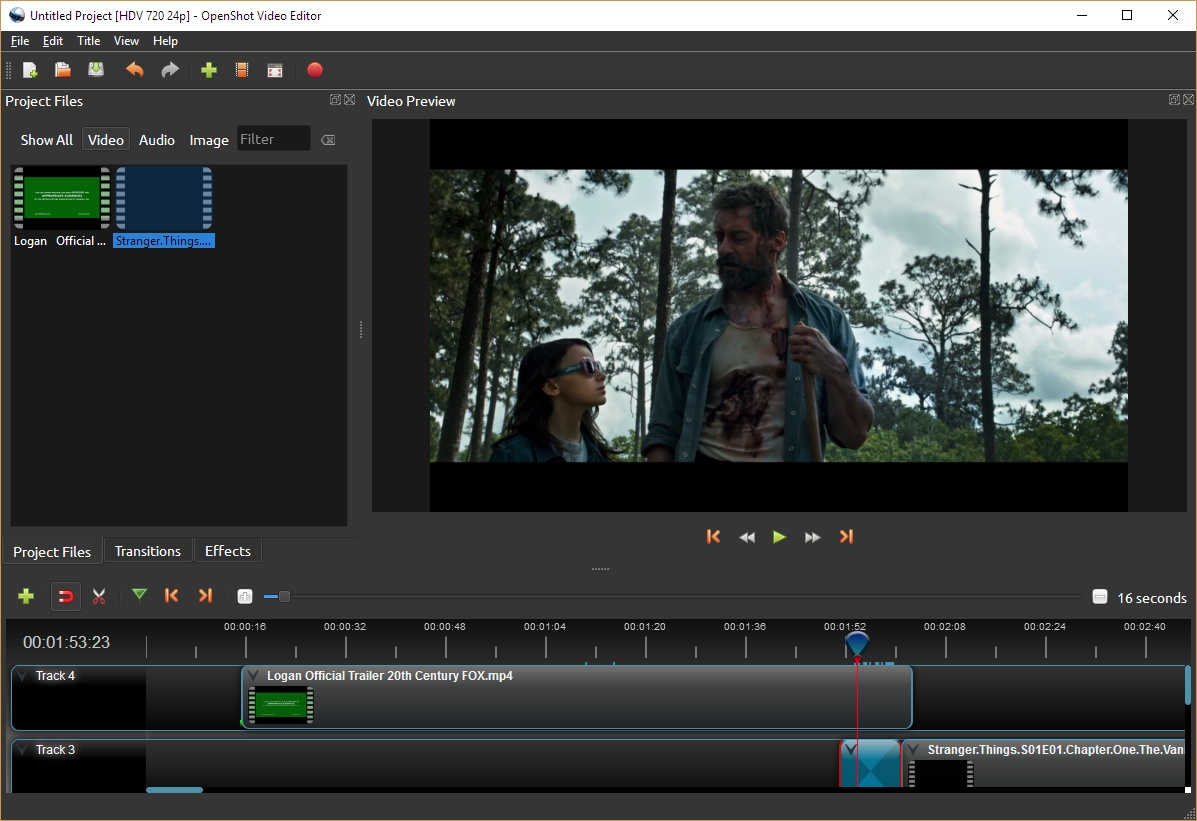 OpenShot Video Editor is a FREE, open-source video editor for Linux. With it you can mix your videos, photos and music or audio files, to create the film you have always dreamed of. Created in 2008, by Jonathan Thomas, the program is the solution to a problem.

When Jonathan Thomas, a software developer, installed Ubuntu (Linux) he was amazed but felt the need for a video editor and could not find any that would suit his needs: easy to use, powerful and stable. So he decided to create one, although faced with some problems: he barely knew Linux or programming for Linux, and had no idea how to mix video & audio via code.

Seven years later OpenShot Video Editor is a reference within the community. The team has grown and so has the program. Linux is the only operating system supported with the actual version, but the creators say that their ultimate goal is to bring OpenShot to as many users as possible, which includes other platforms, such as Windows and Mac, something already being tested in OpenShot 2.0, the next version to be distributed. 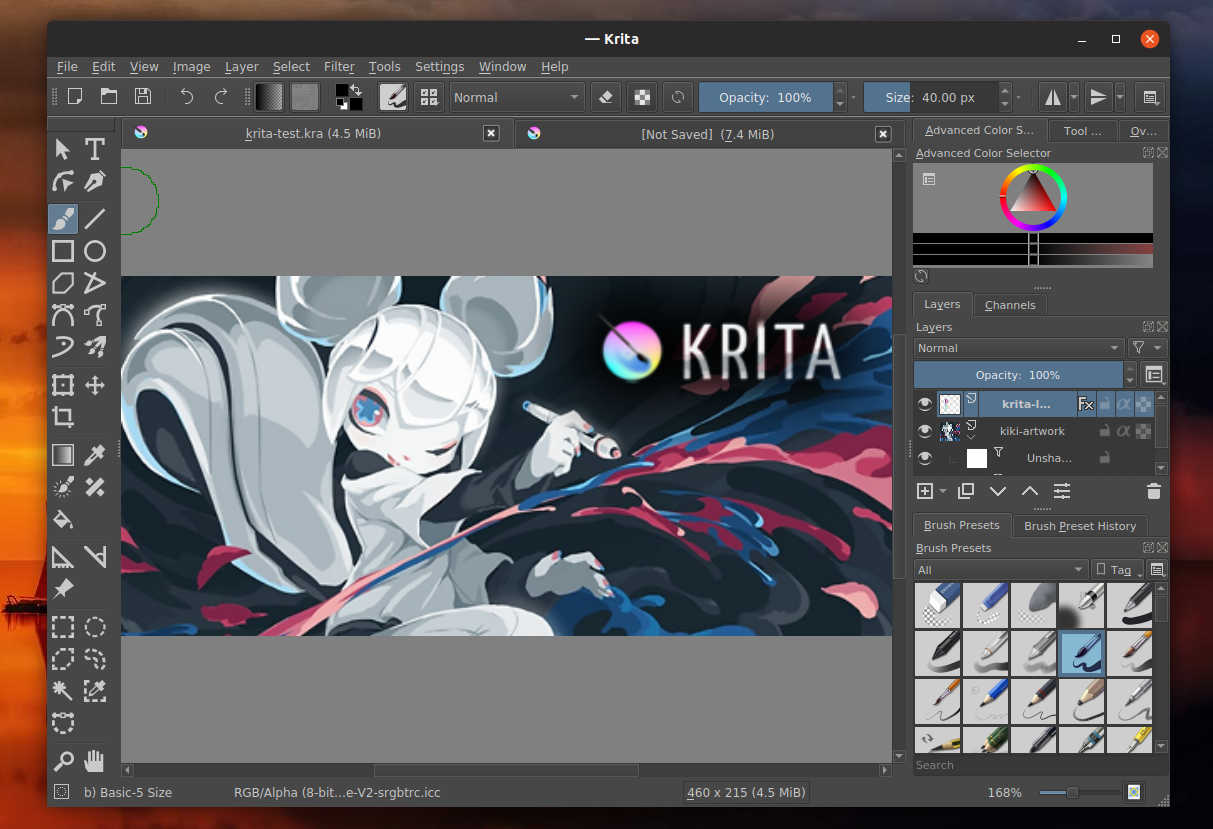 Krita is a FREE and open source painting tool designed for concept artists, illustrators, matte and texture artists, and the VFX industry. Krita has been in development for over 10 years and has had an explosion in growth recently. It offers many common and innovative features to help the amateur and professional alike. 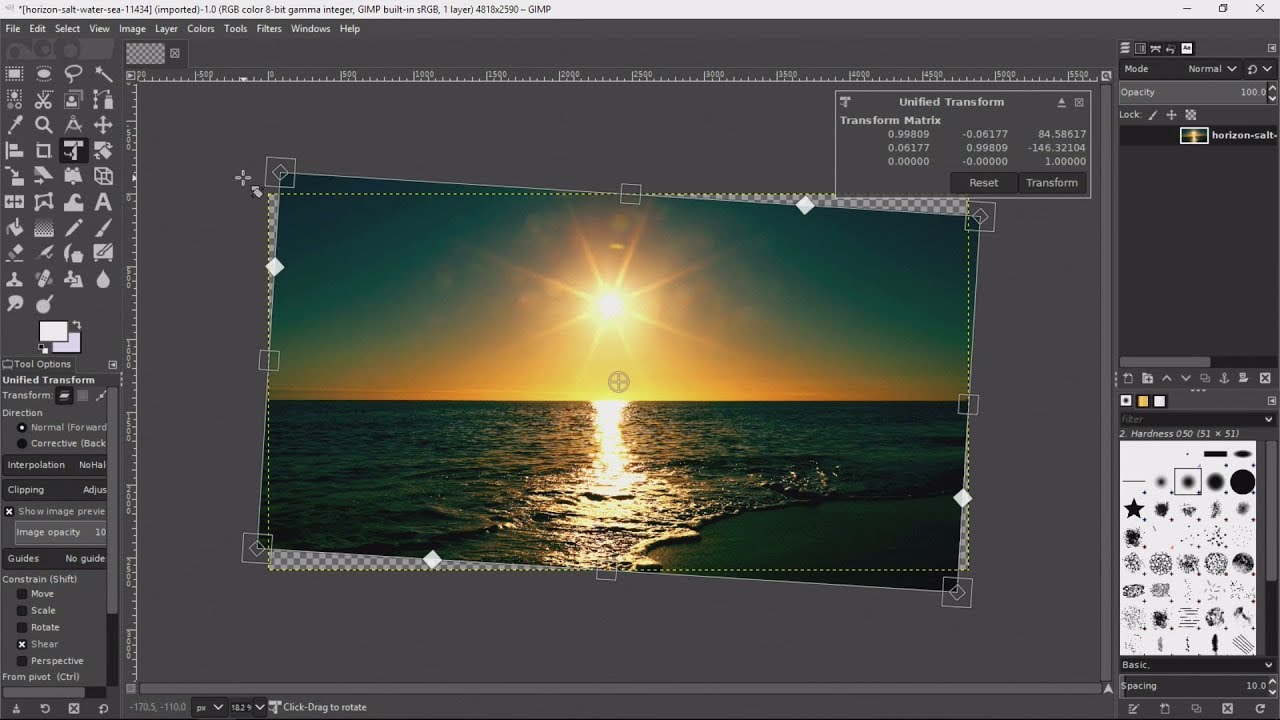 This is the official website of the GNU Image Manipulation Program (GIMP).

Whether you are a graphic designer, photographer, illustrator, or scientist, GIMP provides you with sophisticated tools to get your job done. You can further enhance your productivity with GIMP thanks to many customization options and 3rd party plugins. 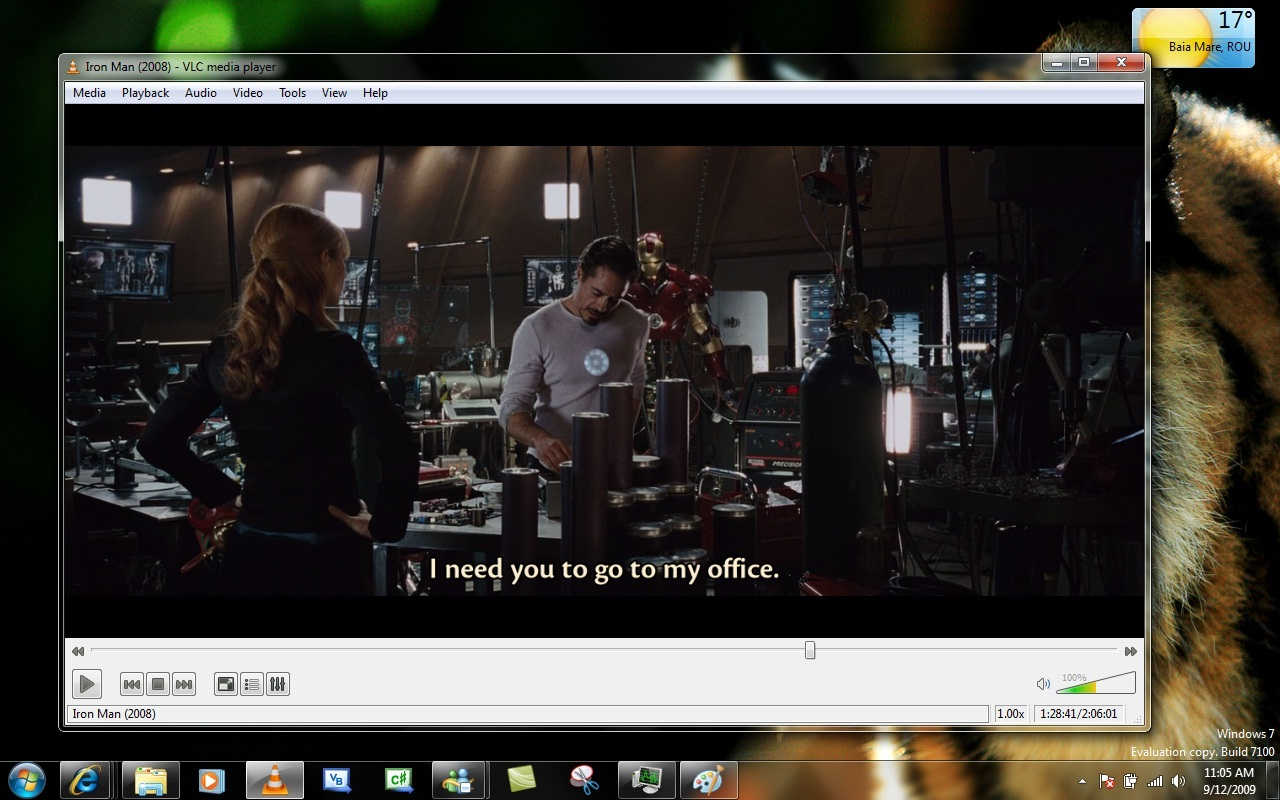 VLC media player (commonly known as VLC) is a free and open-source, portable, cross-platform media player and streaming media server developed by the VideoLAN project. VLC is available for desktop operating systems and mobile platforms, such as Android, iOS, Tizen, Windows 10 Mobile and Windows Phone. VLC is also available on digital distribution platforms such as Apple's App Store, Google Play and Microsoft Store. VLC supports many audio and video compression methods and file formats, including DVD-Video, video CD and streaming protocols. It is able to stream media over computer networks and to transcode multimedia files. 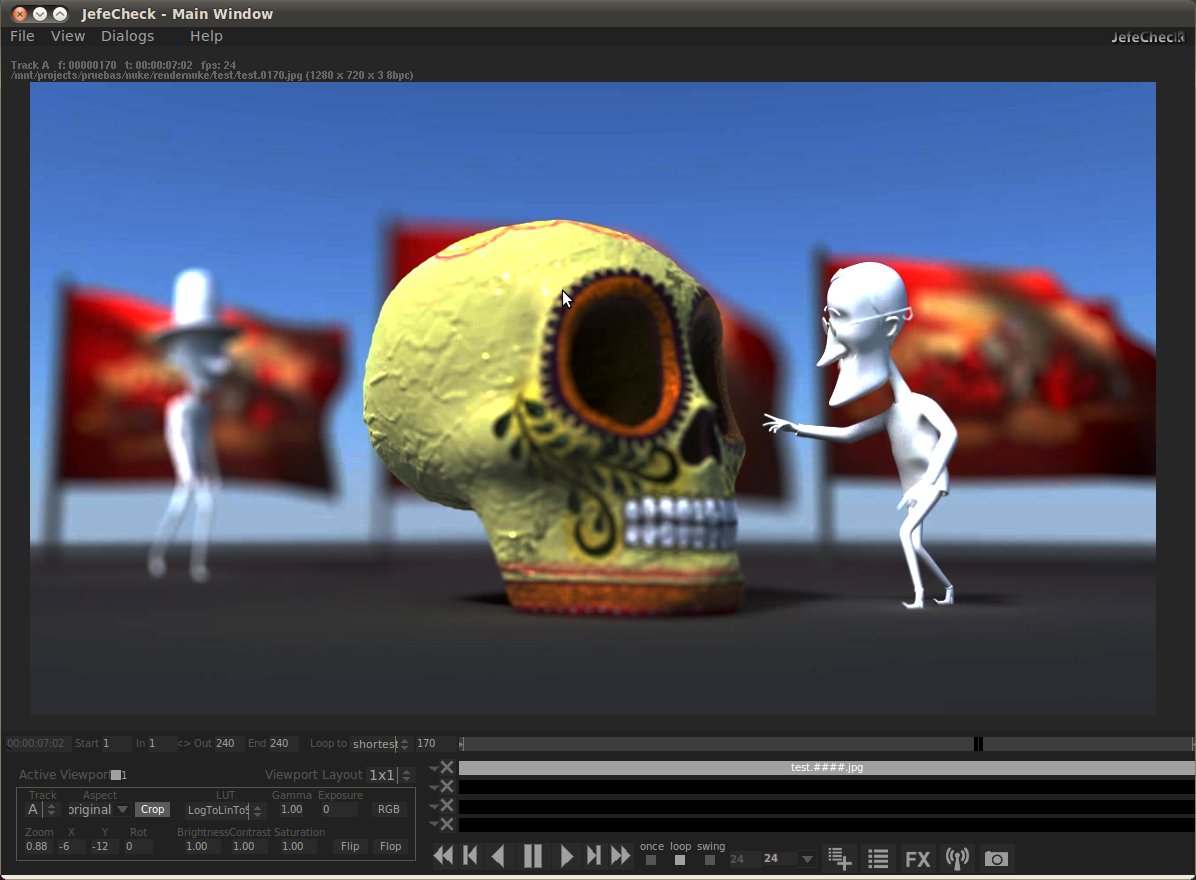 JefeCheck is an Image Sequence Player that plays High Resolution (SD, HD, 2K+) on almost any workstation, includingsome pretty old Mac laptops. Real Time Processing
JefeCheck allows you to take the image sequences you are playing back and apply image processing filters on them (FXs we call them), at full resolution and in Real Time. 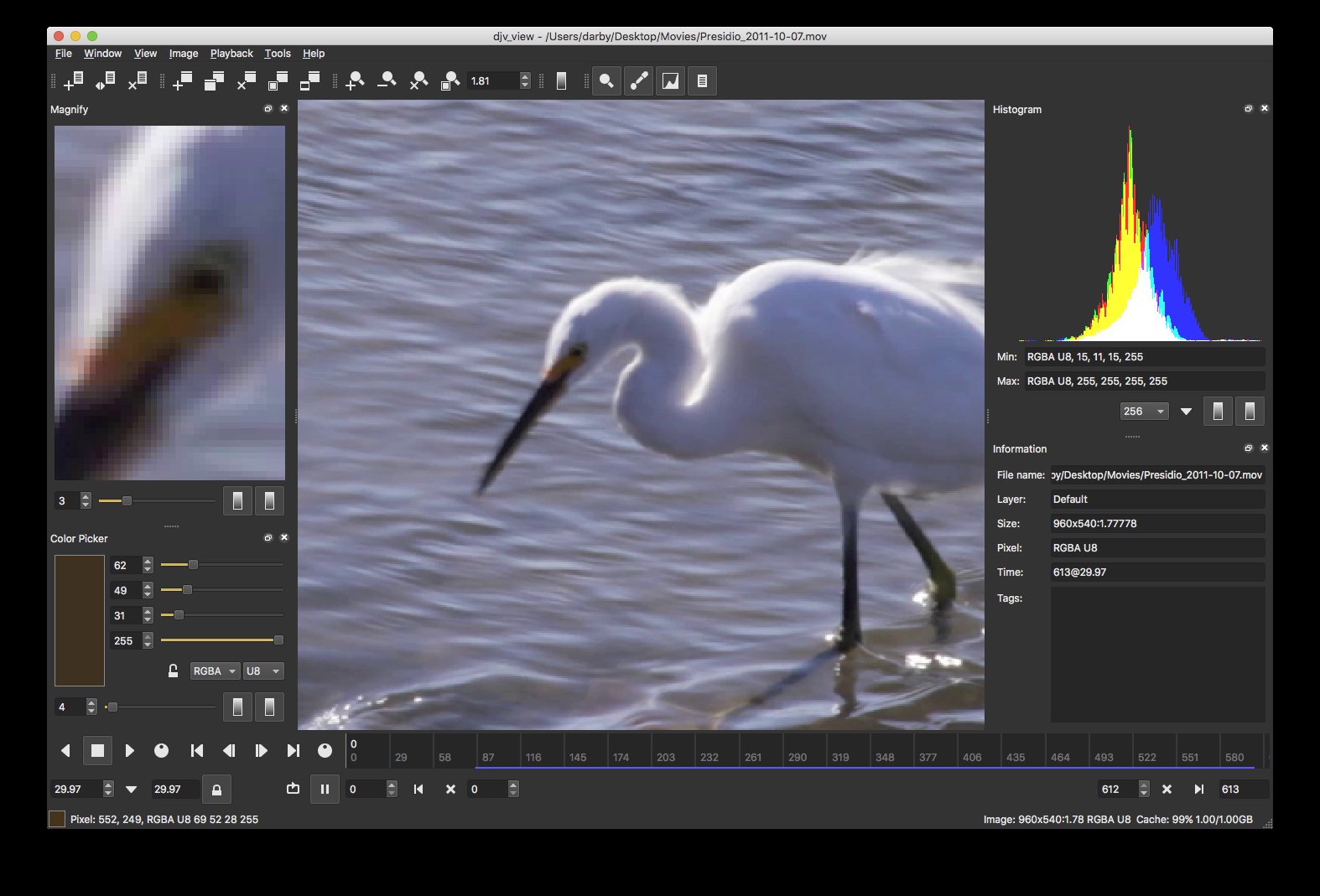 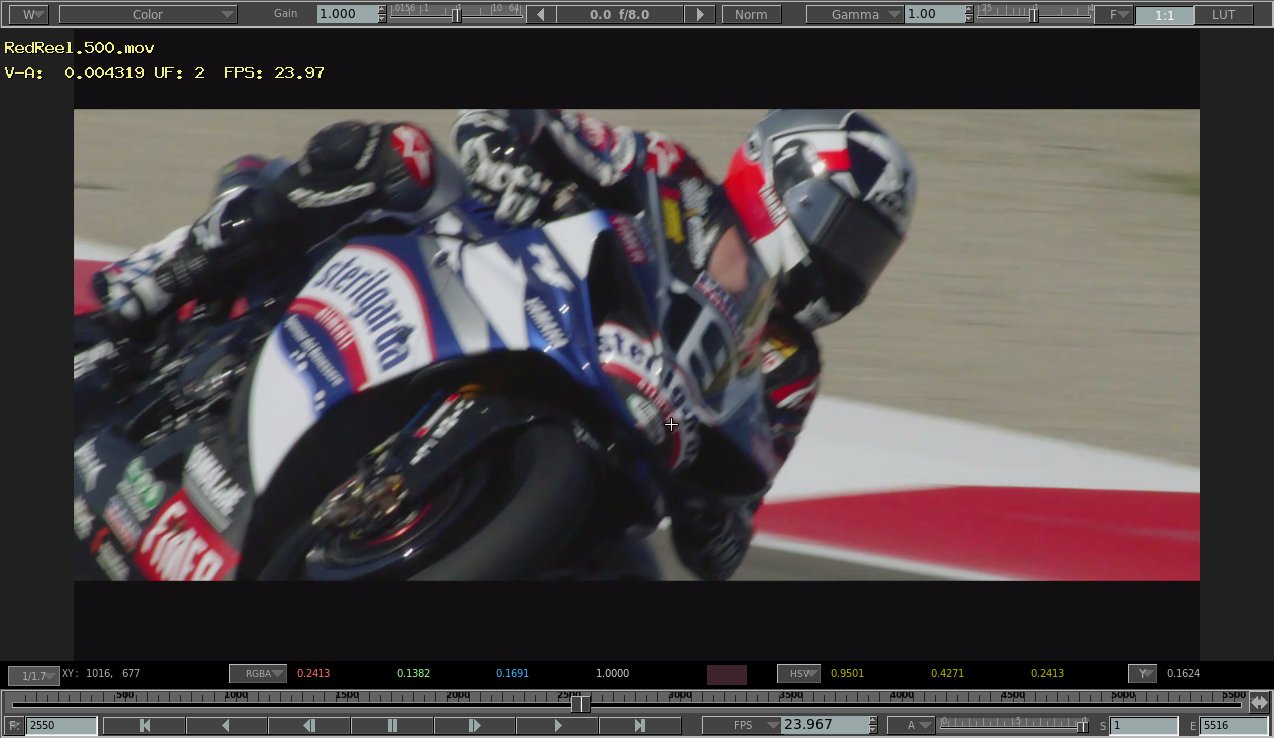 A video player, interactive image viewer, and flipbook for use in VFX, 3D computer graphics and professional illustration. 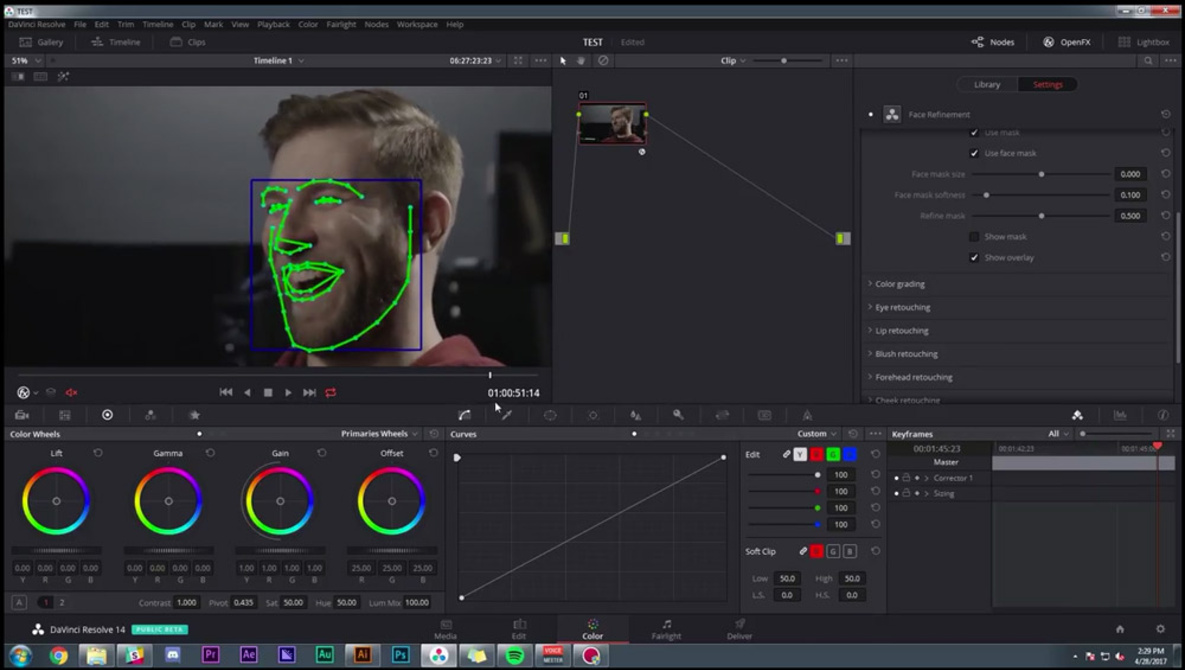 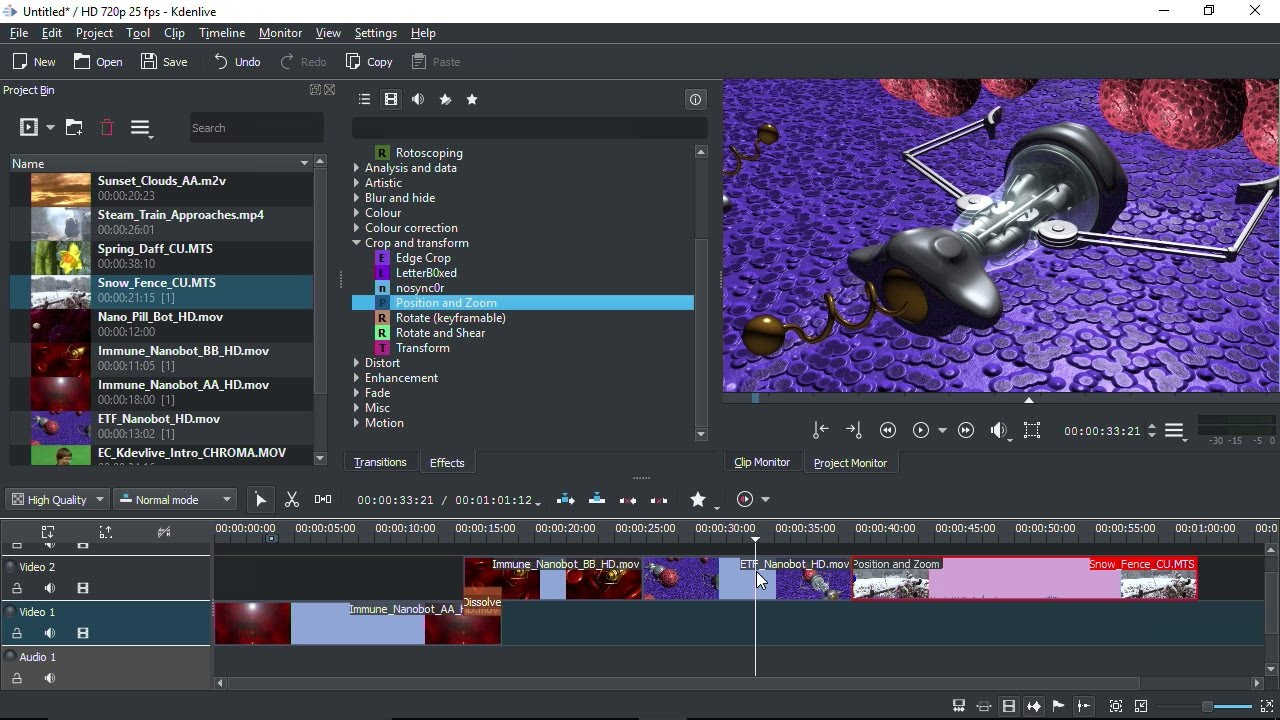 Kdenlive is a free, open-source video editor for GNU/Linux, FreeBSD, NetBSD and Mac OS X, which supports DV, AVCHD and HDV editing. Conceived to answer all needs, from basic video editing to semi-professional work, the video editor relies on several other open source projects to work. The creators of this FREE software project understand that modern filmmakers need to mix different kinds of media, including video, audio and images, so Kdenlive is built upon MLT and ffmpeg frameworks, which provide unique features to mix virtually any kind of media. 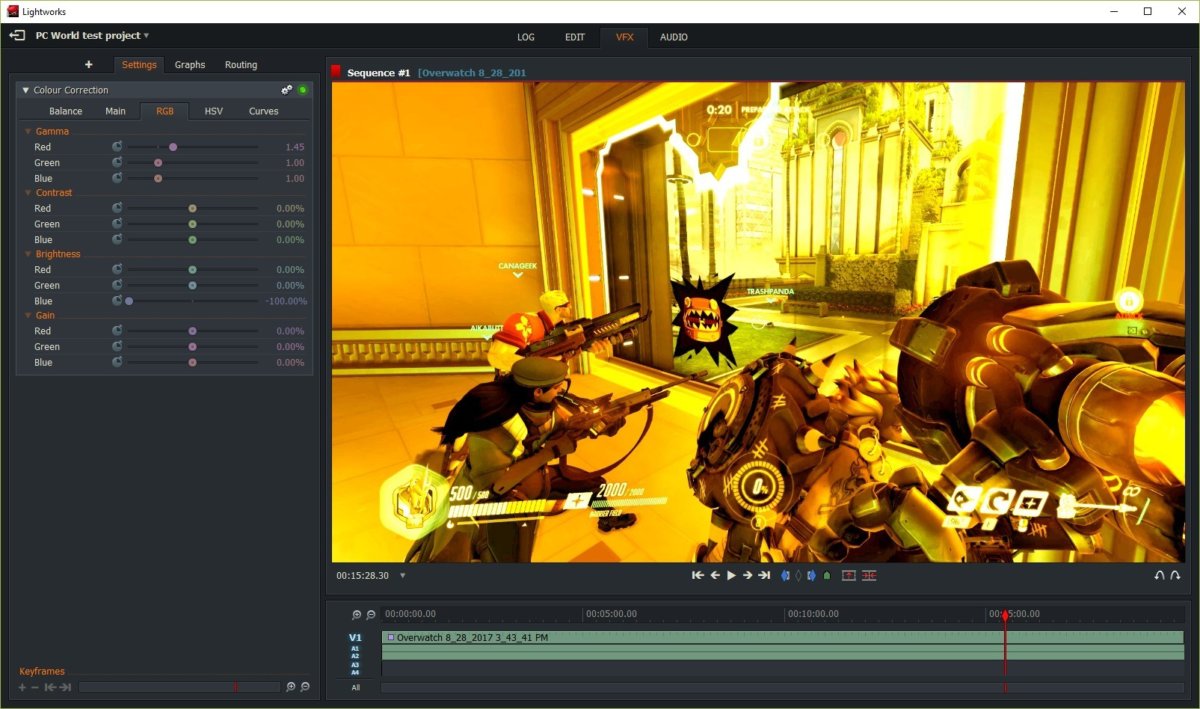 A non-linear editor system praised by many of Hollywood’s top names, Lightworks, is a full-featured editor with all the power, performance and features you would expect, with support for all major professional broadcast formats from SD, HD, 2K and Red 4K files. Having made its name on the Windows platform, the program from EditShare extended to Mac and Linux on its recent version, Lightworks 12. The company responsible for the program, believe that to make great work users you need great tools. So they conceived a way to offer the same tools that professionals around the world have been using every day for the last 20 years to edit feature films, dramas, news and sports. Lightworks gives you everything you need to make your next movie look great!” 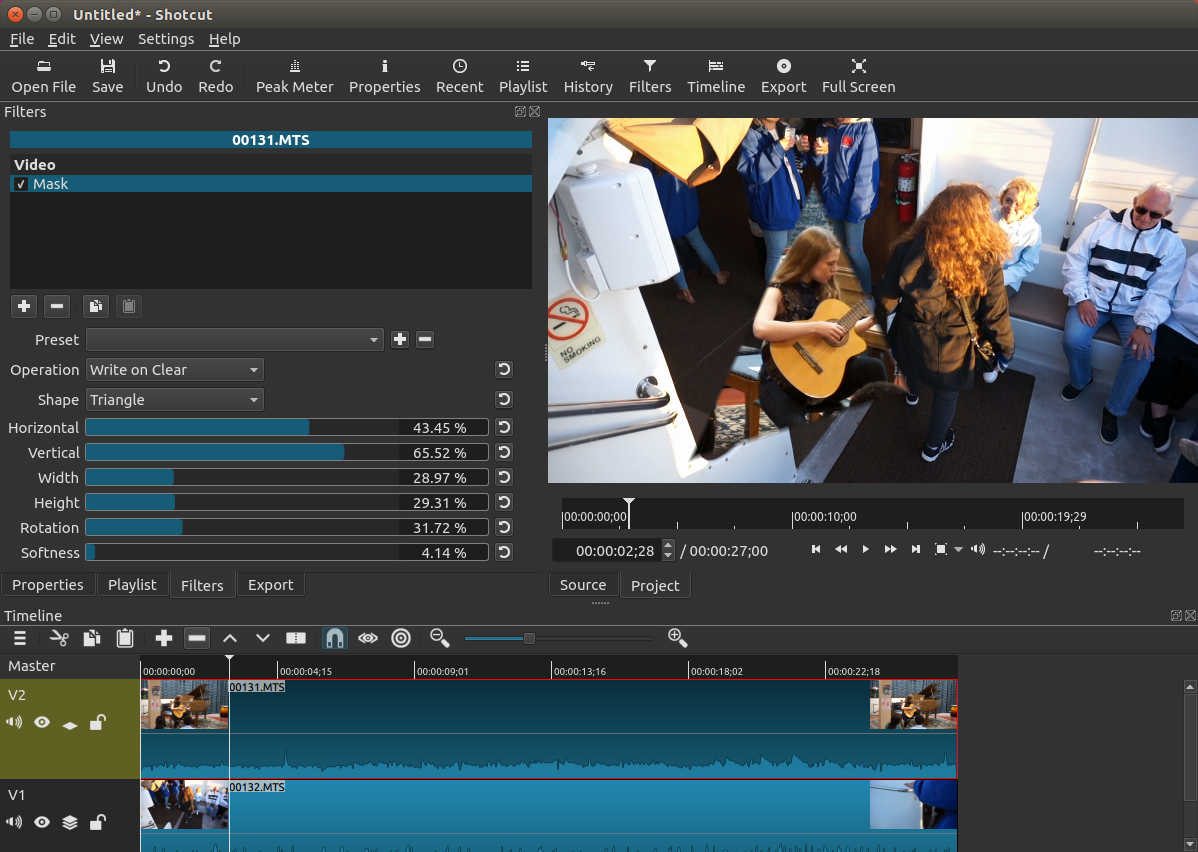 Shotcut is a free, open source, cross-platform video editor. Supports hundreds of audio and video formats and codecs thanks to FFmpeg. No import required which means native editing, plus multi-format timelines, resolutions and frame-rates within a project. Frame accurate seeking supported for many video formats.

For people who want to record, edit, mix and master audio and MIDI projects. When you need complete control over your tools, when the limitations of other designs get in the way, when you plan to spend hours or days working on a session, Ardour is there to make things work the way you want them to. 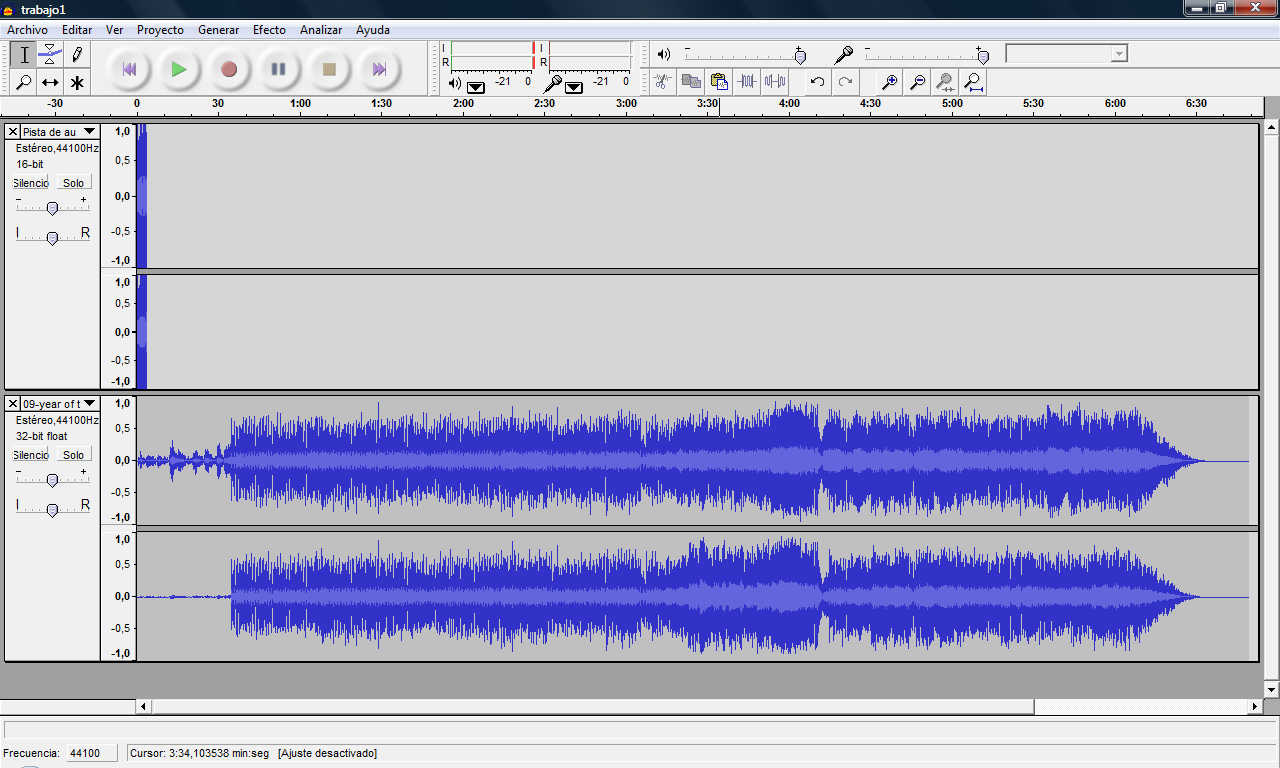 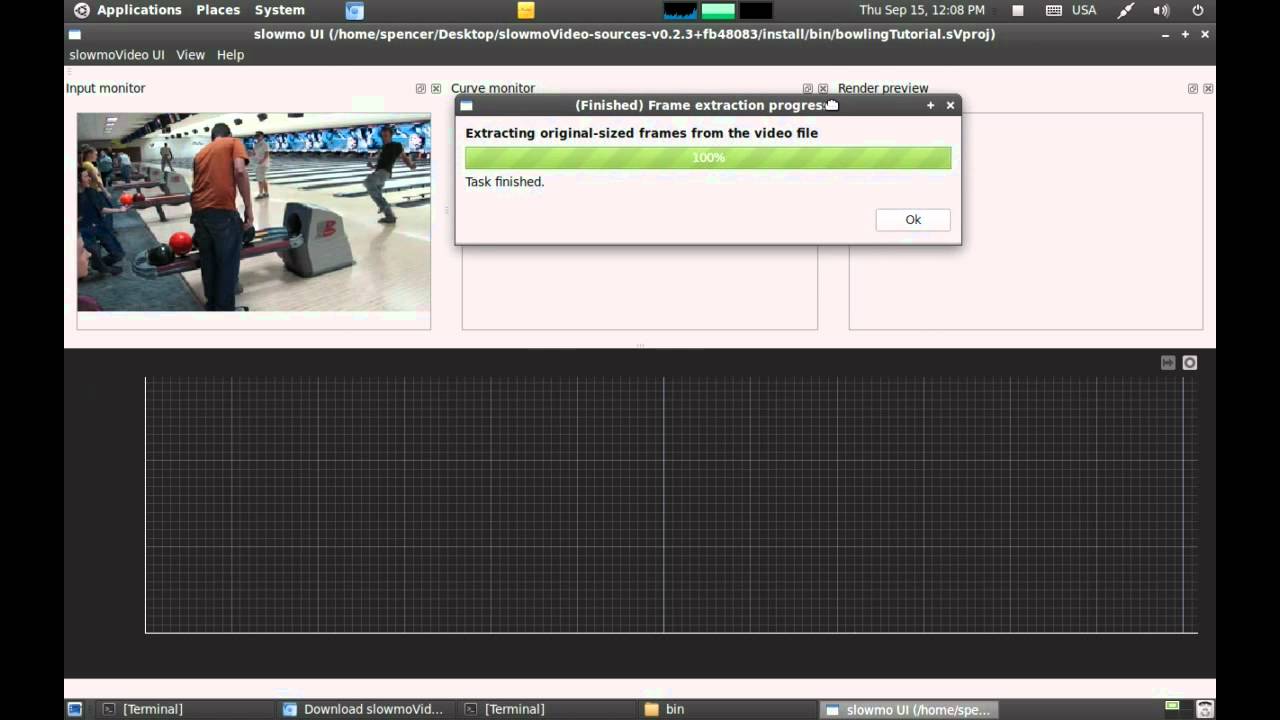 slowmoVideo is an OpenSource program that creates slow-motion videos from your footage. But it does not simply make your videos play at 0.01× speed. You can smoothly slow down and speed up your footage, optionally with motion blur. How does slow motion work? slowmoVideo tries to find out where pixels move in the video (this information is called Optical Flow), and then uses this information to calculate the additional frames between the ones recorded by your camera. 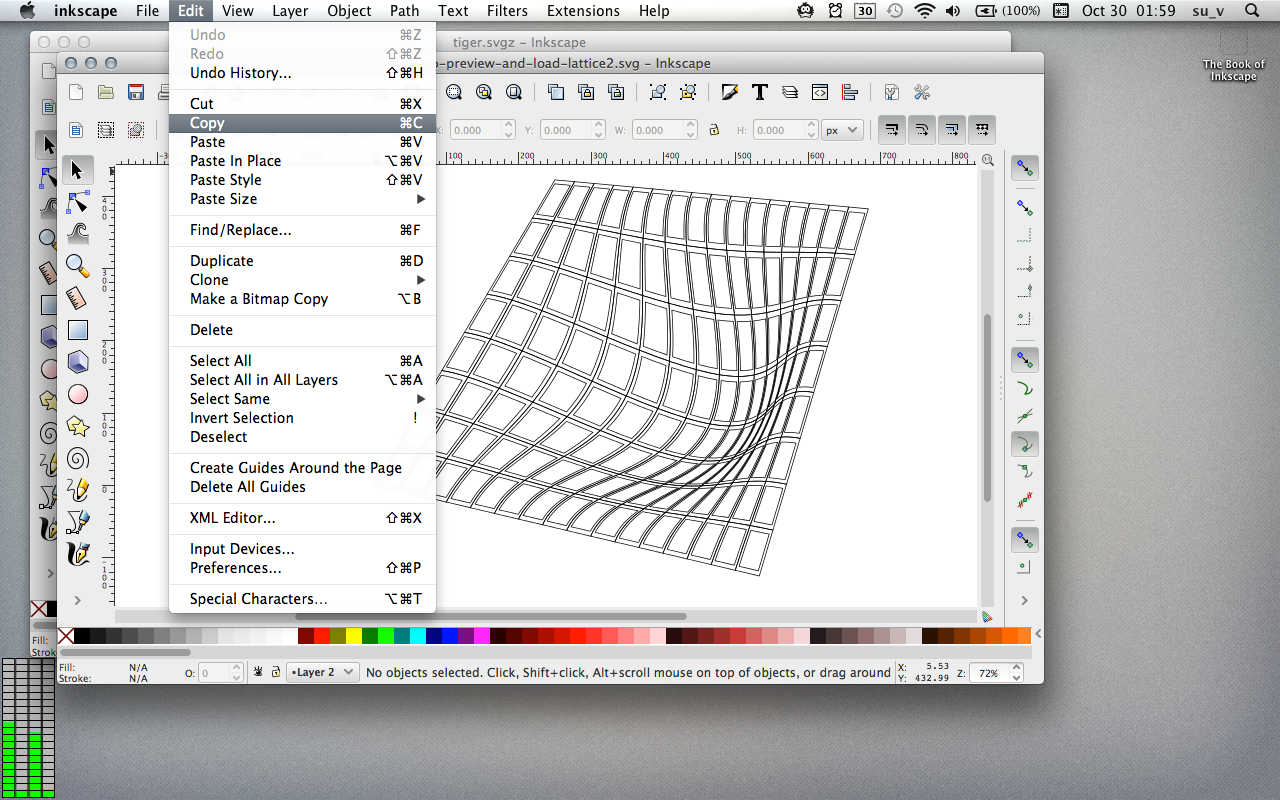 Whether you are an illustrator, designer, web designer or just someone who needs to create some vector imagery, Inkscape is for you! Flexible drawing tools Broad file format compatibility Powerful text tool Bezier and spiro curves

MAME Multiple Arcade Machine Emulator: How to download and configure this arcade emulator for Windows

Despite the fact that new state-of-the-art computer games are coming out every so often, the whole retro theme is very appealing to users who are looking to relive the long…

How to turn your smartphone into a webcam for your pc

With the propagation of Covid-19 we all had to adapt to a new quarantine situation at home, and since the human being needs to communicate constantly, we used the internet…

Best ways to start a video conference without registration

Nowadays it is very easy to make a video conference without using Whatsapp, Skype or any of those platforms that require user registration, phone, email and so on. Today we will…

The best collections of Royalty free videos for social networks

If you are looking for videos that can be edited and uploaded to social networks, pay attention, because we have here a great list of websites that offer this type…

Here we are! We're back with the third part of the article . If you missed it, read the first part or the second one. So, now you may be able to…

This article is the second part of a Javascript game tutorial. Here you can read the first part Let's create the spaceship Now that the background is finished, we can start setting up…

The ecosystem of JavaScript is pretty huge. But today we decided to try something new: a videogame. It is usually good to have requirements in place to select the right tool…

How to Record a Streaming Video

Full-screen Background Video is a way to present your website playing a video in the background without disturbing its content. It makes your website very modern and different. So, in…

How to Create a Brand Story through Video Marketing

Humans always have and probably always will turn to stories, be them in books or on screen, to both make sense of life and get a break from it at…