Choosing your code editor: which do you prefer?

Every web developer requires the right tools to do their job, therefore the choice of a source code editor shouldn’t come lightly.

This is where we spend most of our development time and where productivity is gained or lost on a grand scale.

But which is the best Code Editor?

To determine the best source code editor, we should consider:

Today we have list some of the best source code editors, grouped by categories: 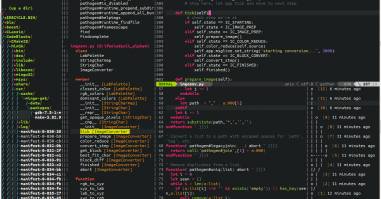 Vim is a text editor written by Bram Moolenaar and first released publicly in 1991. Based on the vi editor common to Unix-like systems, Vim is designed for use both from a command line interface and as a standalone application in a graphical user interface.

Vim is free and open source software and is released under a license that includes some charityware clauses, encouraging users who enjoy the software to consider donating to children in Uganda. The license is compatible with the GNU General Public License. Although Vim was originally released for the Amiga, Vim has since been developed to be cross-platform, supporting many other platforms. In 2006, it was voted the most popular editor amongst Linux Journal readers.

GNU Emacs is an extensible, customizable text editor—and more. At its core is an interpreter for Emacs Lisp, a dialect of the Lisp programming language with extensions to support text editing. The features of GNU Emacs include: 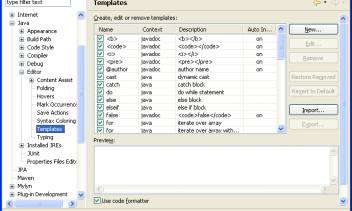 In computer programming, Eclipse is a multi-language Integrated development environment (IDE) comprising a base workspace and an extensible plug-in system for customizing the environment.

It is written mostly in Java. It can be used to develop applications in Java and, by means of various plug-ins, other programming languages including Ada, C, C++, COBOL, Fortran, Haskell, JavaScript, Perl, PHP, Python, R, Ruby (including Ruby on Rails framework), Scala, Clojure, Groovy, Scheme, and Erlang.

It can also be used to develop packages for the software Mathematica. Development environments include the Eclipse Java development tools (JDT) for Java and Scala, Eclipse CDT for C/C++ and Eclipse PDT for PHP, among others. The initial codebase originated from IBM VisualAge.

The Eclipse software development kit (SDK), which includes the Java development tools, is meant for Java developers. Users can extend its abilities by installing plug-ins written for the Eclipse Platform, such as development toolkits for other programming languages, and can write and contribute their own plug-in modules. Released under the terms of the Eclipse Public License, Eclipse SDK is free and open source software (although it is incompatible with the GNU General Public License).

It was one of the first IDEs to run under GNU Classpath and it runs without problems under IcedTea.

Aptana is a development environment targeted at rich AJAX applications. It is based on Eclipse, and bundles powerful new tools that make sense for web developers. It has support for the most popular web programming languages: PHP, JavaScript, HTML, CSS, Ruby, Python and more through plugins. It has Git integration, ability to deploy your application to remote servers and bundles of useful code snippets and actions for every language. Like Eclipse, Aptana is free and open source.

NetBeans is an integrated development environment (IDE) for developing primarily with Java, but also with other languages, in particular PHP, C/C++, and HTML5.

It is also an application platform framework for Java desktop applications and others.

Visual Studio is the all-in-one development environment for Windows. It supports a large number of languages (C/C++, C#, VB.NET and F# come built-in)  and can be used to develop applications for desktop, mobile and web. It has powerful features for code autocompletion, inline documentation, error checking, debugging, form designer, database schema creation and more. The price starts from $500, but an Express version of Visual Studio is available for free, with a limited feature set.

The Xcode interface seamlessly integrates code editing, UI design with Interface Builder, testing, and debugging, all within a single window. The embedded Apple LLVM compiler underlines coding mistakes as you type, and is even smart enough to fix the problems for you automatically.

Coda is an all-in-one web developer power tool set. It includes support for (s)FTP file transfer, code navigation, sites and groups, code folding, terminal and git integration, MySQL management and much more. With the new Coda 2 release, you can even use an iPad as a dedicated preview screen. The regular price is $99, but you can get it with a discount for around $75. 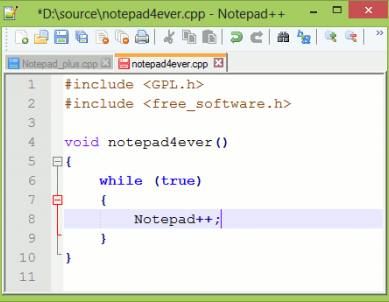 Notepad++ is a free (as in "free speech" and also as in "free beer") source code editor and Notepad replacement that supports several languages. Running in the MS Windows environment, its use is governed by GPL License.

Based on the powerful editing component Scintilla, Notepad++ is written in C++ and uses pure Win32 API and STL which ensures a higher execution speed and smaller program size. By optimizing as many routines as possible without losing user friendliness, Notepad++ is trying to reduce the world carbon dioxide emissions. When using less CPU power, the PC can throttle down and reduce power consumption, resulting in a greener environment.

TextWrangler is the “little brother” to BBEdit, our leading professional HTML and text editor for the Macintosh.

Source code editors for for aesthetes

TextMate brings Apple's approach to operating systems into the world of text editors. By bridging UNIX underpinnings and GUI, TextMate cherry-picks the best of both worlds to the benefit of expert scripters and novice users alike.

We love that our devices have hidden features. It's fun to learn something new about the technology we use every day, to discover those little features that aren't advertised by the…

We often use webcams to broadcast video in real time via our computer. This broadcast can be viewed, saved and even shared via the Internet. As a rule, we need…

How to Send Email from an HTML Contact Form

Looping through a matrix with JavaScript

We were already talking about how to multiply arrays in JavaScript and we realised that we had not explained something as simple as traversing an array with Javascript. So we…

How to multiply matrices in JavaScript

It may seem strange to want to know how to multiply matrices in JavaScript. But we will see some examples where it is useful to know how to perform this…

Something that seems simple as the treatment of dates can become complex if we don't take into account how to treat them when presenting them to the user. That is…

This article is a compilation of the "ux tools" I have tested in recent years. I've separated the tools by categories, although I recommend you to take a look at all…

Today, we're going to talk about how to implement a simple language selector on the basic static website, without the need of any backend or database calls or redirection to…

Starting with Bootstrap-Vue step by step

Today we will show you how to use BootstrapVue, describe the installation process and show basic functionality. The project’s based on the world's most popular CSS framework - Bootstrap, for building…

Since the release of the Bootstrap 4 is three years, in this article we will present what is new in the world’s most popular framework for building responsive, mobile-first sites.…

Today's digital economy has significantly changed how organizations deliver products and services. Many organizations are gravitating towards smart methodologies and automated tools to spark customer interest in their products and…

Google – THE search engine for many internet users. It has been with us since its launch back in 1998 and thanks to its simplicity of use and genius algorithms,…