Javascript Overcomes Java as The Most Popular Programming Language of 2019


The competition between Java and Javascript (in terms of popularity, not in use) has been going on for years. But it seems that Javascript is gradually consolidating as the most popular programming language of recent years. Or at least 2018, as revealed by a survey of 71,000 developers carried out by the HackerRank platform.

Although they share a name, Java and Javascript have nothing to do with it. Java was created in 1996 by Sun Microsystems. It is a compiled language (before running it must be converted to machine language), general purpose (serves to create all kinds of programs), object-oriented. Javascript was created by the company Netscape to add interaction in web pages, and is an interpreted language, ie, runs directly by the browser. If they share a name, it's because Netscape simply wanted to take advantage of Java's popularity.

In HackerRank's survey of 71,000 developers in 100 countries, 71% master Java, and 73% Javascript, making it arguably the most popular programming language of 2018. Interestingly, only 42% of computer students master it, indicating that it is a language learned on the job, not at university. 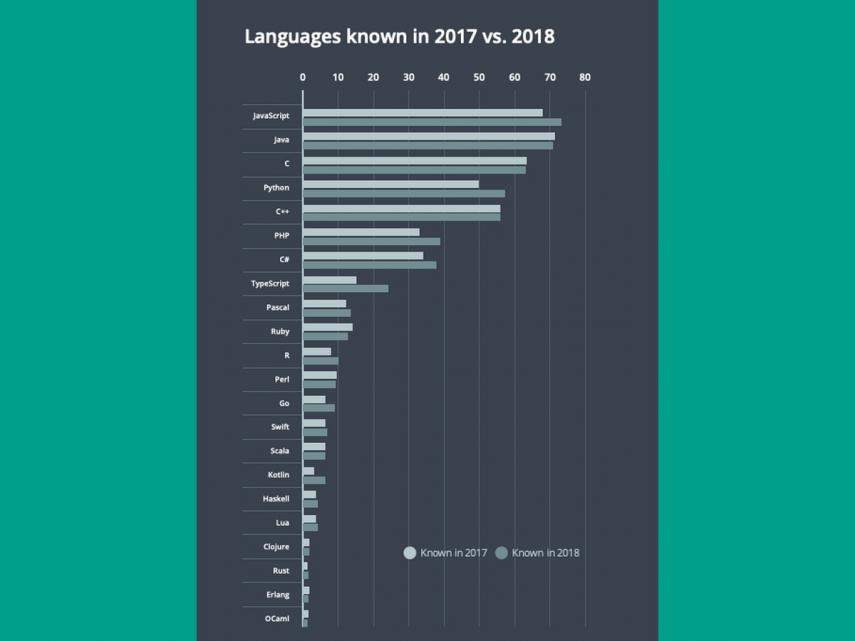 HackerRank has also asked programmers which languages they want to learn the most in 2019.

The most popular are the new languages aimed at static typing fashion, Google Go, Kotlin, and Microsoft TypeScript: 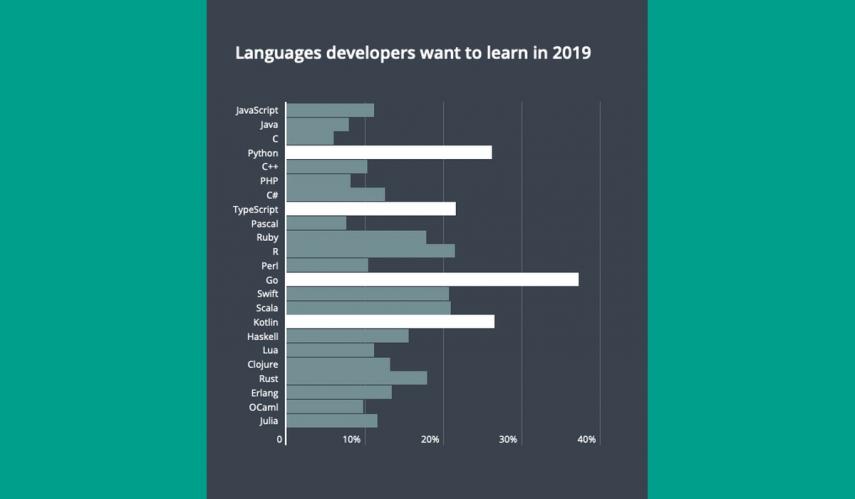 Static typing is a form of programming where data type errors are detected during compilation, not during execution. With a static organization, applications are more stable and secure.

Go is a concurrent language based on the syntax of C. TypeScript is a variant of JavaScript developed by Microsoft.

One of the surprises of 2018 has been Python, a classic with almost 30 years that is among the most popular languages of 2018, and the most desired of 2019. The reason is that it turns out to be a language that adapts very well to machine learning, and is being used in Artificial Intelligence projects.

Cross-Origin Resource Sharing (CORS) and examples of XSS and CSRF

Cross-Origin Resource Sharing (CORS) enables web clients to make HTTP requests to servers hosted on different origins. CORS is a unique web technology in that it has both a server-side…

When social media is reigning over the world, no wonder photography is one of the crucial factors in today’s field of personal or professional recognition. Tons of applications. Still, the…

Today we are going to analyze a sorting algorithm that is not very efficient but often used in various fields. We are talking abou the Selection Sort. Let's have a look. Intuition The…

Programming, the need to order the collections of data or objects that must then be manipulated often arises. Ordering a list can be useful in cases where you have to do…

Static websites and so-called JAMstack have become pretty popular recently. And with 2020 on the horizon, this trend doesn't seem to be stopping. Why? Why is old-school HTML + CSS…

Today we are going to analyze one of the most used sorting algorithms: the Merge Sort. It is part of the Divide and Conquer family, just like the  Quick Sort. Merge Sort offers a better performance…

Anyone with even a minimum experience of programming, should have realized that the majority of the problems have common elements. In fact we often find problems with the same pattern…

If you have thought about migrating from Windows to a Unix operating system, or Linux specifically there are things you should know. The goal is to give essential information (and…

There are 470,000 WhatsApp groups indexed on Google and Facebook says it's not his fault

Want to find new WhatsApp groups? Google it. Reporter Jordan Wildon has discovered hundreds of thousands of private groups through the search engine thanks to public invitation links. Not all were…

One of the features of any browser's incognito mode is that it does not store visited web pages in history. However, there is a method for displaying the last sites…

How to Optimize Images for SEO

Images are a vital part of engaging online content. People have short-time attention no one wants to open a page only to find an unbroken wall of text. Photos, infographics and…

Pulsetuit, the new platform for sentiment analysis in real time

Alt17 has developed an innovative platform to measure the emotional impact in real time of campaigns, events, hashtags and Twitter users. Twitter is traditionally the most used social network to follow…