While ongoing organic traffic mis-labeling due to mobile secured searches is the most obvious cause of decline since mid September of last year, Google has snuck in a huge elephant that seems to have gone largely unnoticed in the SEO industry. This elephant’s name is called SERP Conditioning.

SERP Conditioning leads users to check (and click) the feature area of Google's SERP design that prominently displays information pulled via the Knowledge Graph, Google Maps, and – conveniently for Google’s revenue – Product Listing Ads (PLAs), depending on the intent of the search query.

Organic search numbers continue to get pummelled, with a loss of 13 percent (the average amount of traffic now labeled as direct traffic in most analytics packages), just from the adoption of iOS 6 and default secure search  alone. This jumped from 10 percent in Q4 of last year.

With the introduction of Android 4, Google’s mobile OS is stripping keyword referral data as well, and will continue to do so as users upgrade and update. With Android’s 53 percent mobile market share we can expect the number below to get a lot bigger.

An issue that has received surprisingly little play within the SEO industry, is the effect of the design Google implemented back in November. Just in time for the 2012 holiday sales.

Components of the design: 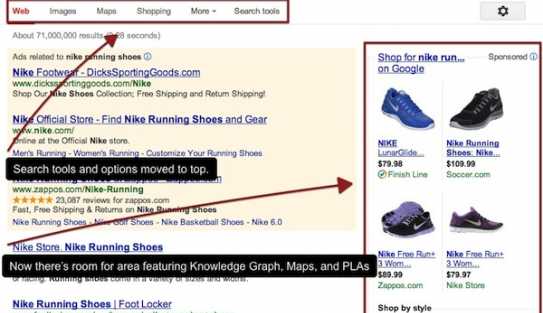 In a beautifully coordinated effort by Google and in addition to PLAs, the design is the culmination of superior technologies. The Knowledge Graph and Google Maps. 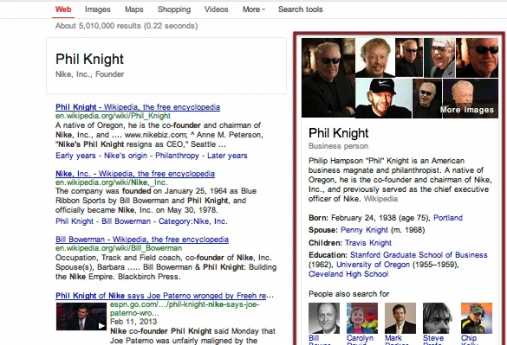 Acting as a showcase for quick and relevant information (and pretty pictures) depending on the intent of the query, users are conditioned to check out the contents of the feature area effectively drawing attention away from other components of the SERP like organic and potentially even text ads. This lucrative strategy implemented by Google is simply SERP Conditioning.

By inserting PLAs into the feature area Google is able to capitalize on this behavior and further monetize queries of commercial intent. In addition to drawing a larger percentage of clicks away from organic listings, cannibalization is most likely a factor, with advertisers spend on PLAs up 238 percent. Even if you rank number one for a particular product, users are drawn to the images of the PLAs and Google will receive their cut.

After implementing a design that works across devices, PLAs are now shown on everything from a Dell laptop to iPhones. The image below shows the fall of traditional product search and the rise of PLAs. 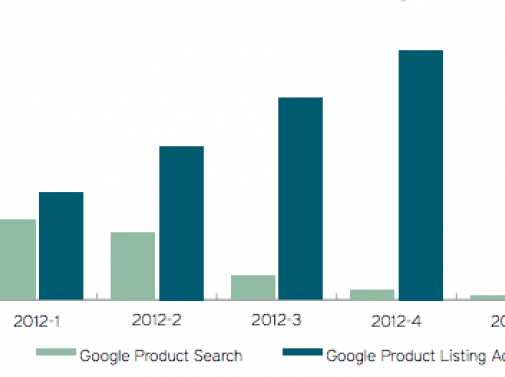 It’s not a matter of whether PLAs, Google Maps, or the Knowledge Graph information shown in the feature area is causing loss of organic traffic, it’s to what degree. It will be different for every site.

Don’t be fooled by the overshadowing factor of mobile secured search getting mislabeled as direct, Google’s PLAs or Knowledge Graph are most likely contributing to the loss of organic search numbers.

Google now has a mechanism in place that they can control to capture additional revenue whenever and to what extent they want, and are using the Knowledge Graph and Google Maps to help them do it. And Bing is right behind them, ready to implement a strategy of their own.

Our monitors are getting better and better and, of course, we want to make them profitable by enjoying images with an increasing resolution when we browse. The problem is that…

Any eCommerce business owner knows that returns are a part of the packaged deal. At the end of the day, today’s consumer holds all of the power. They are informed,…

10 Steps To become Work with a Low-Code Platform

In order to be able to implement these tips it is necessary that your Apache server already has the mod_rewrite module activated. mod_rewrite and .htaccess are used together so that…

Mysql:Guide To The MySql Query Cache

MySQL “Query Cache” is quite helpful for MySQL Performance optimization tasks but there are number of things you need to know. First let me clarify what MySQL Query Cache is -…