These days, biometric authentication seems to be part of every little gadget or device we use. You’ve no doubt used it when logging onto your laptop, your tablet, or your cell phone, alongside more ‘old school’ methods like a password or PIN.

Governments often use biometric authentication for security access and border controls, as well as on military bases. A fingerprint reader in your own workplace may have even replaced your much-loved lanyard as a way of getting into the office each morning.

So, with this technology becoming an integral part of our daily movements, does biometric authentication work? 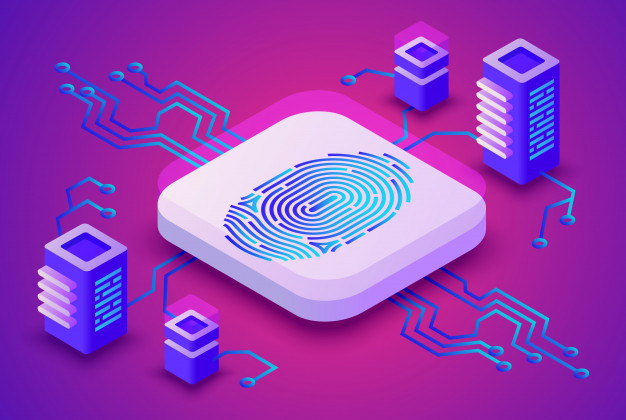 How does Biometric Authentication Work?

Biometric Authentication works by comparing one or more of your unique physical characteristics to one stored on a database that you provided at an earlier date. If the two samples match, then you are given access to the secured physical or digital space.

Depending on the environment you are trying to access, the type of technology will vary, along with the extent to which it is used.

Where did this technology originate? In this article, we will take a look at the origins of some of these common technologies.

Facial Recognition: This technology has been the staple of science fiction and spy movies for decades. It all started in 1988 when the County Sheriff’s department in Lakewood, LA, started compiling a database of mugshots, digital pictures, and video footage to make a semi-automated database. In the same year, the Eigenface technique was developed by Kirby and Sirovich for facial recognition, and further developed by Turk and Pentland in 1991, making reliable automated facial recognition possible.

Fingerprint Scanners: These will be the ones you’re most familiar with, whether it be in the workplace or on your own devices. The earliest use of fingerprints can be dated back to the 600s BCE when the Chinese used prints to sign legal documents and prevent forgeries.

Today, fingerprints are still used for singular identification purposes, though the process has been digitized, with the first efforts being made in the 1970s.

Eye Scanners: there are two versions of this technology; retina scan and iris recognition. Retina scan will shine a bright light into your eye and read the visible blood vessel patterns, whereas Iris scanners check the unique patterns in the colored ring around your pupil. The first iris recognition scan was patented in 1994, and it is this patent that created a cornerstone for the iris scanners that have developed today.

In the early years, it used to be the case that if you happened to be wearing contact lenses or glasses; this method would not be accurate. Early versions of this type could also be fooled by simply showing a photograph of you to the scanner, but recent developments that also track eye movement means this is no longer possible.