Over the last few months I’ve written a few posts on new icons being added to Ubuntu. Today I’m writing about one being removed from it. 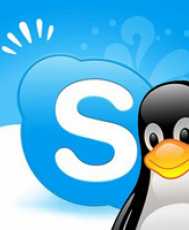 Microsoft have ‘requested’ that Ubuntu remove a Skype icon from a package in Unity on Ubuntu.

As a trademarked asset approval is required from Microsoft for its use and distribution.

A fixed version of the Unity-asset-pool package has since been uploaded to Ubuntu 12.10 and 13.04.

But Ubuntu isn’t alone. Various packages for other flavours, including Lubuntu, Kubuntu & Ubuntu Kylin, have also been updated to remove sly Skype icons, many of which were included but never actually used – even if Skype was installed.

As such this removal is harmless. You’ll still be able to install Skype as normal and Skype will continue to show an icon on the Unity desktop.

When social media is reigning over the world, no wonder photography is one of the crucial factors in today’s field of personal or professional recognition. Tons of applications. Still, the…